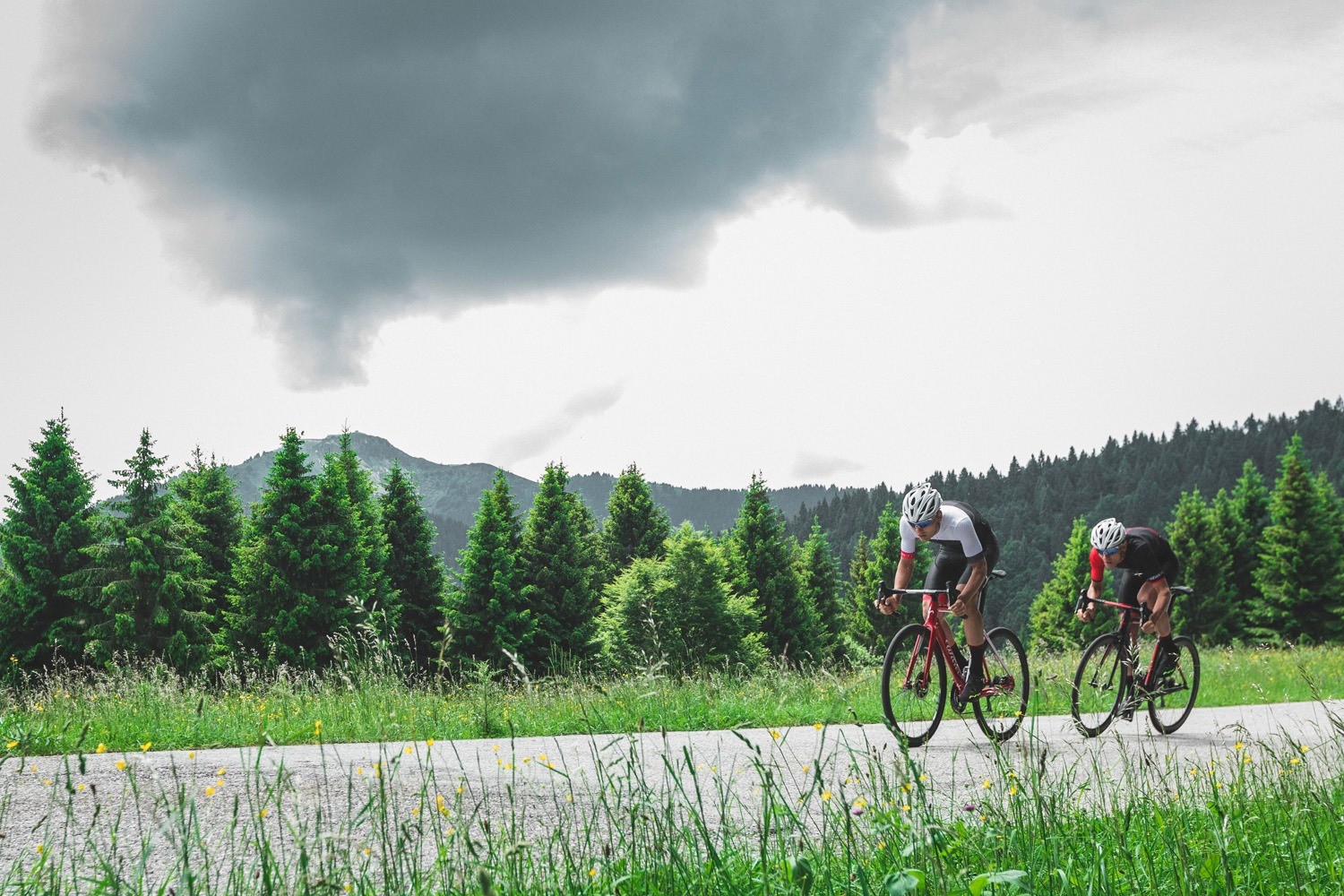 Our adventure begins in the city of Granada, home to one of the world’s most visited monuments, the Alhambra, an important attraction along with its old neighbourhoods.
In a number of stages, we will complete a tour of the Sierra Nevada, declared a Biosphere Reserve by UNESCO. Much of its territory is a national park , thanks to its botanical, landscape and natural values.
Accompanied by an enviable climate, we will visit more than 30 villages, enjoying their hospitality and gastronomy in a journey back in time. All these villages are connected by local high mountain roads, mostly traffic-free and with excellent asphalt.

Day 1: Arrival in Granada
We will be staying in a hotel in the city centre. The transfer to Granada will be by either train or bus. There is also an airport in the city itself and another better connected airport in Málaga an hour and a quarter's drive away. We can provide transfers to the city from both airports (on request).

Day 2: Granada – Capileira. 76 km, 1450 m difference in level.
We leave the city behind in just a few minutes to continue on secondary roads across the famous Vega de Granada.
The first 50 km are fast and take us to the Puerta de la Alpujarra in the town of Lanjarón, famous for its spa waters. From here, the road changes, becoming a continuous zigzag where you will be constantly amazed by the beautiful landscape revealed at every bend.
This stage ends in Capileira, a town listed as one of the most beautiful in Spain. Capileira has been the final stage of the Vuelta de España, scene of great battles between cyclists of the stature of Alberto Contador, Chris Froome and Nairo Quintana.
We will stay in a rural hotel with delightful gardens, a private pool and stunning views. We recommend eating at the hotel, as they prepare their dishes using ingredients grown directly in their own gardens.

Day 3: Capileira – Laujar de Andarax. 88 km, 1380 m difference in level.
The route will take us across the foothills of the Sierra Nevada, passing through more than a dozen villages lost among the mountains, with the constant accompaniment of fast-flowing streams and springs of drinking water. We pass through the highest town in Spain, Trevélez, famous for its Appellation of Origin hams. We will also be able to taste its famous trout with ham, fished in the river running through the town.
We continue on roads with almost no traffic through a constantly changing landscape, entering a drier but strikingly beautiful part of the Alpujarra. We enter the province of Almeria. The stage ends in a delightful hotel in Laujar de Andarax, with gardens, tennis court and swimming pool. You will be able to taste its famous Alpujarra cuisine and wine coming from vineyards throughout the region (red, white, rosé and cava sparkling wine).

Day 4: Laujar de Andarax (circular route)
Option 1: Embalse de Beninar. 67 km, 1450 m difference in level.
This stage runs mainly through the famous "ramblas" (dry rivers) of Almeria and the local vineyards. We will also follow the edge of the Beninar Reservoir for a few kilometers.

Option 2: Puerto de Santillana. 114 km, 2365 m difference in level.
This stage is worthy of a Grand Tour for its great difference in level, ideal for the most demanding. Our highest point is the Puerto de Santillana pass at an altitude of 1300 m.
The landscapes are indescribable, firstly with a climb snaking up through almost lunar landscapes, then downhill as we leave the Sierra Nevada behind. On the second part of this stage, we enter the Almeria Alpujarra.

Day 5: Comarca de Guadix. 77 km, 1400 m difference in level.
We set off from Laujar de Andarax at an altitude of 900 m and climb for 33 km up to the 2000 m of the legendary Puerto de la Ragua pass. During the climb, it is obligatory to stop now and then to admire the beauty of the landscape as we pass through an authentic Mediterranean forest and Bayarcal, the highest town in the province of Almeria on the border with Granada.
The 2000 m high Puerto de la Ragua pass is followed by a 14 km long vertiginous descent with hairpin bends through a pine wood to Calahorra with its famous 15th century castle and the plain which will take us to Alcudia de Guadix. We will stay at "Las Cuevas del Tío Tobas", among the most delightful accommodation in the region. These cave houses provide a particularly restful experience. Thanks to their natural thermal and acoustic insulation, they maintain a stable indoor temperature throughout the year of around 15-21 degrees.
We will also be able to visit the most important town, Guadix, just 6 km away, famous not just for its cave dwellings, but also for its impressive monuments, including a 16th century cathedral and 11th century fortress. It also boasts some of the province's best tapas bars.

Day 6: Alcudia de Guadix – Granada. 66 km, 650 m difference in level.
At your request, this stage can be as long as you wish, thanks to the network of secondary roads linking these cities.
After six kilometres, past Guadix, we cross the centre of the province's most symbolic cave village, Purullena. From there, we follow an excellently maintained traffic-free road to Puerto de Blancares, where, thanks to its climate and location, you can often encounter teams training for the Pelotón Mundial, including the Bora team captained by Peter Sagan and the Movistar team of world champion Alejandro Valverde, among others. From this pass, a gentle descent takes us to Granada and the end of our journey through the Sierra Nevada.
Today we will reach Granada early to rest, visit the city in the afternoon and save your strength for the great challenge of the next day, reaching the 3398 m of Pico Veleta.

Day 7: Climb to Puerto Veleta. 93 km, 2700 m difference in level.
Ahead of us is Europe's greatest road climb to Spain's highest pass. The route of our climb is famous as, in most years, the most epic stage of the Vuelta de España, the Güejar Sierra. The next 3 km will be unforgettable, with gradients of around 15%, dropping to an average of 6% as we reach the summit. However many times you go there, the views never cease to amaze, with your gaze lost in infinity along the open valleys of the Sierra Nevada massif.
Due to the snow, you can climb to 2,500 m throughout the year, but can usually reach the summit at 3,354 m only between June and September inclusive.

Day 8: the end
Sadly it is now time for the final goodbyes... see you again for the next ho

Does not include:
- transfer;
- lunch and dinner;
- bike rental.